This fortnight I have focused on two texts – Austerlitz by Sebald and On Creaturely Life by Eric Santer. A pdf of the latter is available online.

It was my first time reading Austerlitz and I had the usual experience of all Sebald texts of drifting from pure fascination to having read a few pages and not comprehending a single word of what my eyes had passed over – only to note that they were fine words and then to retrace where I had last understood what was going on and start again. I’m not sure Austerlitz will have as great an impact on me as Rings of Saturn – but only time will tell. I don’t really have any worthwhile conclusions about Austerlitz without reading it again, and I’m sure other people have already made such points and you’ve read a lot about it already.

One thing I was looking for as I read – a point made by Sebald in an interview – is that he is constantly reminding the reader that the author, and the characters – had given their preoccupations considerable thought. This is kind of reflexive, as they wouldn’t be preoccupations unless they demanded ones attention, but I suppose the interesting thing to note is the way Sebald handles this in the text – and how these become clues to the greater questions asked in the book. Here are a few examples:

“From the first I was astonished by the way Austerlitz put his ideas together as he talked, forming perfectly balanced sentences out of whatever occurred to him, so to speak, and the way in which, in his mind, the passing on of his knowledge seemed to become a gradual approach to a kind of historical metaphysic, bringing remembered events back to life.” p14

“Histories, for instance, like those of the straw mattresses which lay, shadow-like, on the stacked plank beds and which had become thinner and shorter because the chaff in them disintegrating over the years, shrunken – and now, in writing this, I do remember that such an idea occurred to me at the time – as if they were the mortal frames of those who once lay there in that darkness.” p31

“Though I really gave up my architectural studies long ago, he said, I sometimes relapse into my old habits, even if I don’t make notes and sketches any more, but simply marvel at the strange edifices we construct.” p57

“He would always emerge from his study in the evening in a state of deep despondency, only to disappear into it again next morning. But on Sunday, when he stood up in the chapel in front of his congregation and often addressed them for a full hour, he was a changed man; he spoke with a moving eloquence which I still feel I can hear, conjuring up before the eyes of his flock the Last Judgement awaiting them all, the lurid fires of purgatory, the torments of damnation and then, with the most wonderful stellar and celestial imagery, the entry of the righteous into eternal bliss.” p64

These prompts, I think, are an interesting technique in giving the story and the characters sub-text. An issue that occupies someones thoughts doesn’t just explain events of their past but reveals, in a clever way, why they are where they are and what might motivate them into the future. This also echoes one of Stanley Kubrick’s axiom: concept as subtext.

On Creaturely Life: I thought this book might be a good segue between thinking about walking tracks and nature and the notion of Natural History in Sebald’s work. Maybe I’m stupid but the book lacks a coherent overall thread. For example, in the final chapter Santer begins discussing the references to animals in Sebald’s work – but it only lasts a few pages before switching to discussing humour and then Sebald’s use of photography. Maybe I’ll have to read the book again to gain an overall perspective but at the moment I’m seeing it all piecemeal. The piecemeal take away ideas I have identified follow.

One of the things I do when I go ‘out bush’ is think about animals and what their thinking capacity is. Seeing wild animals is what makes the wilderness wilderness, I suppose. Landscapes and their vegetation are managed, and wildlife populations are managed too, but the nature of animals and how we relate to them remains separate. Santer doesn’t discuss this in relation to wild places but some of the conversation is still relevant:

“For the animal, beings are open, but not accessible; that is to say, they are open in an inaccessibility and an opacity – that is, in some way, in a non-relation. This openness without disconcealment distinguishes the animals poverty in the world from the man forming which characterises man.” p9 from Agamben.

Santer wants to use the contrast between the way animals think and the way man thinks to develop a picture of natural history and how that plays out in various literature. To be in a natural state is to be bored. This is certainly true when you’ve been sitting in a camp somewhere for more than six hours. Boredom, Santer states, is to be in a state that obstinately refuses itself. This may explain why bushwalking is simultaneously exhilarating and utterly boring. The thrill of starting a long walk is quickly tempered by the mundanity of the act.

Somewhere in the relationship between man and animal is the notion of the creaturely, the space between real and symbolic death. Natural history tries to make sense of these forces:

In the context of Natural history the universe doesn’t end when you die. The modes of understanding that make us human also exist and persist outside of us and continue on in a collective sense. The idea that “life can persist beyond death of the symbolic forms” leads to a fascination with violence and war and the decay of human orders in order to give structure to the narration of natural history. All of this leads to allegory which is a signifier of temporality. In allegory, Santer argues, the observer is confronted with the facies hippocratica of history. (p18) The most extreme example as represented in the skull. A ruin, for example, is irresistible decay. Therefore, in allegory, as a expression of temporality, mans subjection to nature is most obvious.

When we look at the works of Sebald and some of the take away messages of Natural History – simply being there – the thereness – and grasping the changing face of history; the impact of the observation of death and decay, is experienced as trauma. For the characters is Sebalds work, observation is not a beholding, but recollecting traces of past lives and lost possibilities. They become a medium and photographic apparatus for communion with the dead. (p.53) Hence why we get the feeling history has a strangle-hold on these people to find out what they can.
Finally, past suffering has been absorbed into the substance of lived space, into the setting of human history. Basically, natural history is all around us, a kind of morphic resonance that lies beyond the books, but is present if you know how to read the landscape and people.

All this seems a bit dark and dreary, especially when thinking about wilderness walks and their apparent healing processes, but each track will have a story to tell, and having a sense of the natural history of a track will make the story I will try to tell more informative. Pilgrimages are predicated on the movement of people and automatically trigger within us the notion of the past and salvation. Songlines bring to us the past and carry with them the stories of the past. The Bibbulmun track, for example, has aboriginal, colonial, forestry, mining histories embedded in the landscapes that it passes through. Apparently the Wilson Inlet in Walpole is the oldest inlet in the world. The track itself has its own history and the way it developed and changes.

Bill Bryson spends a bit of time discussing the history of the Appalachian trail before the character in A Walk in the Woods sets foot on the trail. I’ll be reading that book over the next week or two to see how popular walking stories work. 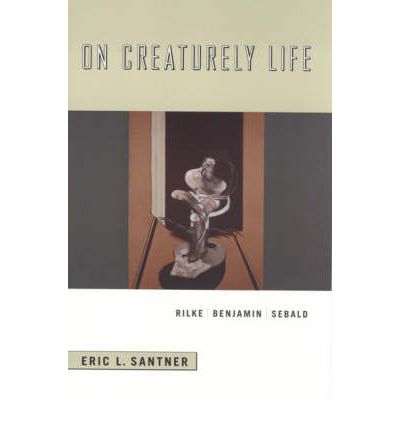 Born in Perth, Western Australia in 1981. View all posts by jpquinton

This site uses Akismet to reduce spam. Learn how your comment data is processed.